Just so you know EGR valves send some of the exhaust gas to the air box hence their name “Exhaust Gas Recirculation”. They are generally fitted to large diesel cars.

If you look at nearly any carburettor equipped 125cc engined motorcycles made between about 2000 and 2016 you will see some pipe work routed to the exhaust port or even into the exhaust directly, but very close to the exhaust valve. On just about every forum and facebook page concerned with these bikes you will find all sorts of complete nonsense about blocking the so called EGR valve and how it makes the bike go better, run sweeter and start better. There are even dealers selling EGR blanking kits for these 125s on eBay and similar sites. Read on, I have news for you.

They are NOT EGR valves, they have nothing whatsoever to do with recirculating exhaust gas, they do not dilute your inlet air by sending exhaust gas to the air box, they do not change the performance of your bike, blocking them will in nearly all cases not produce any increase in performance, and it may well damage the expensive catalytic converter in your exhaust.

So what are these valve things on 125cc motorcycles ?
They are Secondary Air Injection (SAI) valves also known as Supplementary Air Systems (SAS).
More accurately as there is no pump in the system they are Aspirated Air Injection (AAI) valves.

So what are they ?
They are a simple diaphragm operated one way valve.
At idle (or tickover) with the throttle shut there is considerable inlet manifold pressure and the valve is open in one direction only. Fresh, oxygen rich air can flow from the air box to the exhaust, but never from the exhaust to the air box.
When there is little or no vacuum created in the inlet manifold for example when running flat out on a flat road with a wide open throttle the valve is closed, now air can pass through it and it may as well not be there.
Under hard acceleration there is little or no vacuum in the inlet and again the valve is closed and doing nothing.
Coming down a hill with the throttle shut using the engine to brake there is a huge amount of inlet pressure, the valve is open and just like at idle air can flow in one direction only from the air box to the exhaust. 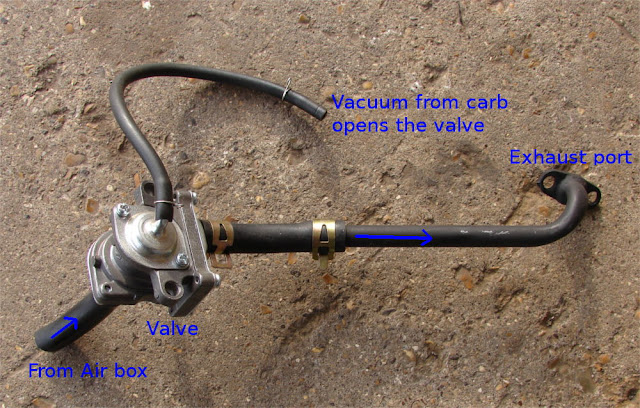 Are there any reasons to remove them ?
They are ugly , so this might be a reason to remove them.  However if the exhaust is standard and it has a catalytic converter fitted removing the AAI will almost certainly reduce performance after a short time. If the exhaust is being changed to an after market system with no catalytic converter it would be safe to remove the valve and blank off the hole in the exhaust port but only as a cosmetic measure. Removing the valve will make not a drop of difference to the performance.

They can also be problematic, if the valve fails where the vacuum from the inlet manifold opens and closes the valve there can be too much air entering the manifold from the air box making the mixture very weak. If the one way part of the valve fails exhaust gas can indeed be sent to the air box causing all sorts of running issues, melted pipe work or even a melted air box, so again this is a good reason to remove it along with the catalytic converter.

On some bikes (I only know of one) they are always on, there is no link to inlet vacuum and they flow air from the air box into the exhaust even under acceleration and flat out. These can remove so much air from the air box that there is not enough left for the engine leading to very rich running. These should certainly be removed or restricted to flow less air. 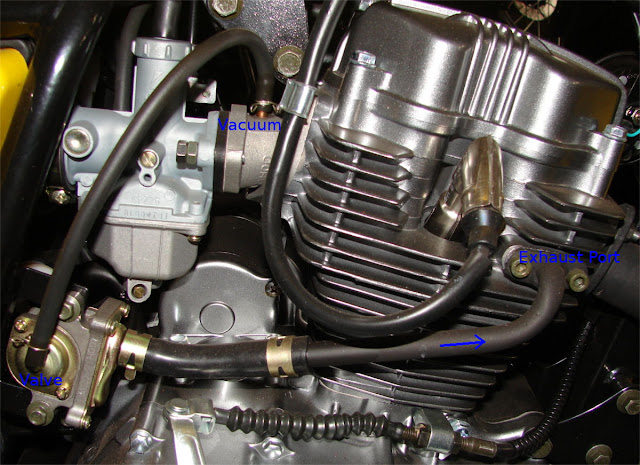 A general note about catalytic converters.
Any condition that causes abnormally high levels of unburned hydrocarbons—raw or partially burnt fuel—to reach the converter will tend to significantly elevate its temperature, bringing the risk of a meltdown of the substrate and resultant catalytic deactivation and severe exhaust restriction, hence the addition on extra air to react with the unburned fuel before it reaches the catalytic converter
But your bike may not have one.  The manufacturers or importers should be able to say if your bike has a catalytic converter. The cheapest and simplest catalytic converters are mounted in the front pipe before the silencer, it's normally easy to spot these as the pipe will increase in diameter slightly just before the silencer and it will look obviously like something had been added. However they can also be hidden in the silencer itself which makes them impossible to see from the outside. 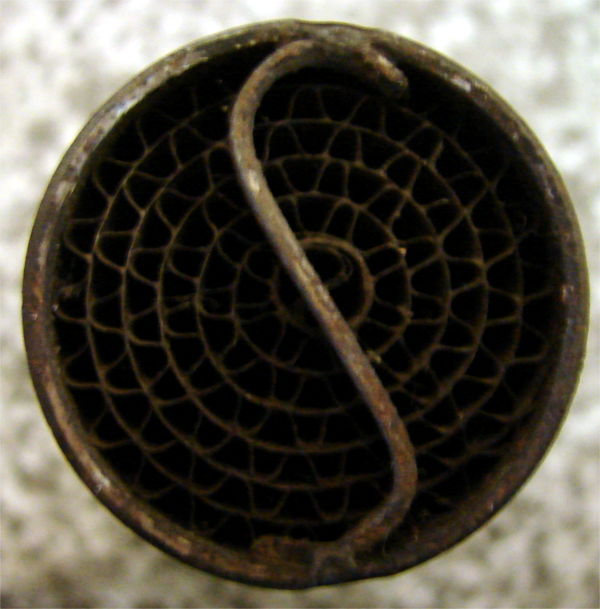