Both Ural and Dnepr use a clutch push rod operated by a lever on the back of the gearbox. The rod runs though the input shaft of the gear box and includes a thrust bearing sandwiched between the clutch release slider and the release rod tip. There is a small hollow in the clutch release slider to hold grease and the thrust bearing should be greased when it is fitted. 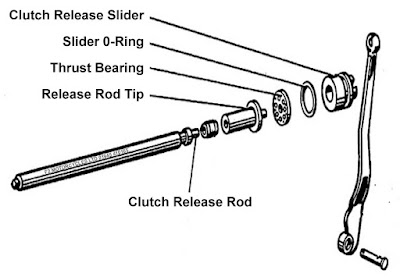 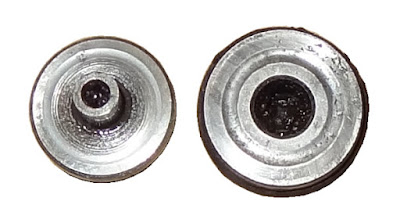 The standard "fix" for this is to replace the thrust bearing along with the clutch release slider and the release rod tip. The wear process can then start again. This situation is made worse by the fact that nearly all the spares available today are nasty cheap pattern parts. These are not surface hardened at all and will usually last less than 500 miles. The picture used above shows the wear on parts supplied from eBay after a little under 200 km. Genuine parts are harder wearing but nearly impossible to obtain. Dnepr closed in 1998 and Ural changed their design in 2007 so no longer supply original parts.

F2 Motorcycles Ltd have a solution that not only fixes the issue of the worn bearing tracks but offers a far superior bearing with a much longer life. The original clutch release slider and release rod tip are retained. A perfectly flat surface ground and hardened disc sits over the damaged part covering the worn track and giving the new caged needle thrust bearing the perfect surface to run on. The ball type bearing that caused all the trouble in the first place is discarded and a caged needle thrust bearing is used in its place. The two discs plus the replacement bearing combined are almost exactly the same width as the original ball bearings so everything fits and works perfectly. If the bearing is well greased before fitting and again every 10000 km this upgrade will last the life of the bike. 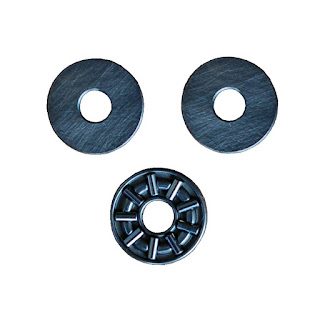 Get Your Repair Kit Here